Torre de la Horadada is a small town of about 3000 inhabitants located just beside Pilar de la Horadada on the coast in South Costa Blanca, Spain. An hour’s drive from Alicante airport and 15 minutes from San Javier (Murcia) Airport this is a lovely location to live, invest or spend time in. The "Torre” in the name of the town refers to the 15th century watch tower which stands intact on the entrance and is very picturesque. The watch tower was originally built to protect the town and the coast from hordes of marauding pirates who frequented these waters. Coincidently the Guardia Civil station is adjacent to the watch tower now.

Water sports feature strongly in Torre with scuba diving being very popular due to the interesting rock formations and sea life under the calm blue waters of the Mediterranean.

In August there is an influx of Spanish holidaymakers leaving the stifling heat of Madrid and other cities to enjoy the balmy weather and waters of Torre de la Horadada amongst other favoured spots. The increase in expats choosing to make it their permanent home has seen the development of modern infrastructure and now the town has supermarkets, banks, pharmacies, a medical centre and retail outlets. There are numerous new developments sprouting up as Spain battles its way out of the Spains property collapse which hit us hard in 2008. We are well on the way to recovery as you can see by the tower cranes which once again are part of the Costa Blanca skyline.

With two modern plazas surrounded by little bars and cafes this particular town has been designed and planned to retain its character and maintain the feeling of a local small village. In 2011 the Lo Monte complex was built that incorporated hotel style accommodation, 3 swimming pools, a gym and a spa. Its bar/restaurants provides traditional Spanish dishes as well as international cuisine. There are lovely coastal walks starting in Torre, and there is also the well-known Rio Seco (Dry River) at Pinar de Campoverde, a couple of km outside Torre de la Horadada where you can spend an hour walking along a dried river bed marvelling at the wondrous formations that were once under the water as you take in the surrounding greenery of the orange and lemon groves and pine forests. From Campoverde the dried river bed traces its way to the sea at Mil Palmeras. This is an area frequented by avid hikers due to the unusual scenery but you don’t have to be a regular walker to do this walk, it is suitable for beginners too. This walk can be done at any time of the year but is particularly nice during the hot summer months as you get shade from the pine trees along the way. 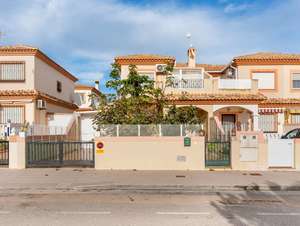 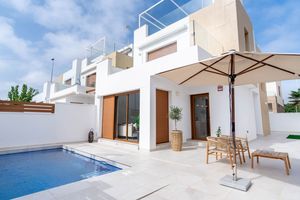 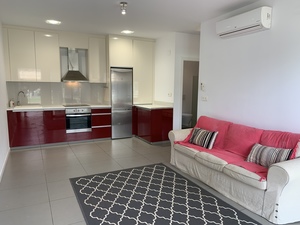 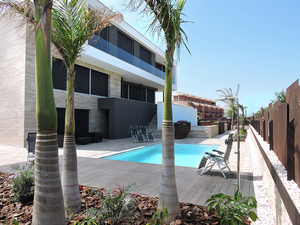 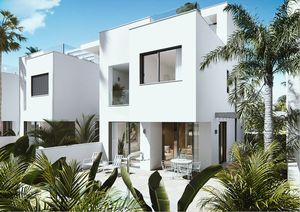 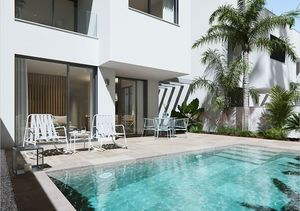